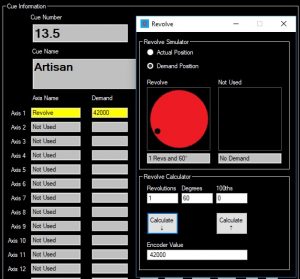 In addition, both the Life of Pi and Breaking the Waves revolves had a DMX interface to the AV system to allow perfect synchronisation between the revolve position and the projection system.